In the 2015 international Green mobility expo at New Delhi, Maruti Suzuki India Showcased hybrid version swift range. The same car was earlier showcased at Auto expo 2014 in New Delhi. Company claimed that the hybrid version return a mileage of 48.2 km/l, whereas electric driving range about 25.5 km. However, the Swift Range Extender will be supplied to the Government of India for a pilot project. So, the car might only be developed for the government, and not for the public.
The vehicle can drive on three different modes:
(1)    Series Hybrid
(2)    Parallel Hybrid
(3)    All electric
Series hybrid: Petrol engine works as a generator which powers the lithium-ion battery.
This battery in returns the electric motor.
Parallel Hybrid: In this mode, both electric motor and petrol engine both will provide power to the                               wheel.
In this model, it takes 1.5 hour to fully charge lithium-ion battery via 200V socket. 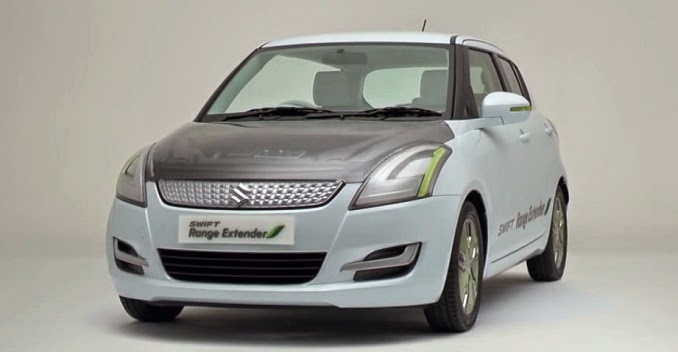