Do you know the extreme light material In solid category? It is Aerogel. It is composed of more than 99% of air by volume.  It also nicknamed as frozen smoke, solid smoke, blue smoke. But don’t get confused for its state….IT IS SOLID.

It is derived from gel by replacing liquid part in gel with Gas. It has low density as well as low thermal conductivity. Aerogel manufacturing process include supercritical drying of gel. This process allows liquid part in gel to be slowly dried off without affecting solid matrix of the gel. Aerogels are amazing materials with its fantastic properties.
Few of the properties and application of aerogel are-
(1)    Silica aerogel is transparent and highly transparent exhibit the lowest thermal conductivity compare to any solid known.

(4)  NASA used an aerogel to trap space dust particles aboard the Stardust spacecraft. The particles vaporize on impact with solids and pass through gases, but can be trapped in aerogels. NASA also used aerogel for Thermal Insulation of the Mars Rover and Space suits

(5)    A chemical Absorber for cleaning up spills

(6)    A catalystor a catalyst carrier

(9) In granular form to add Insulation to Skylights. Georgia Institute of Technology’s 2007 Solar decathlon House project used an aerogel as an insulator in the semi-transparent roof. 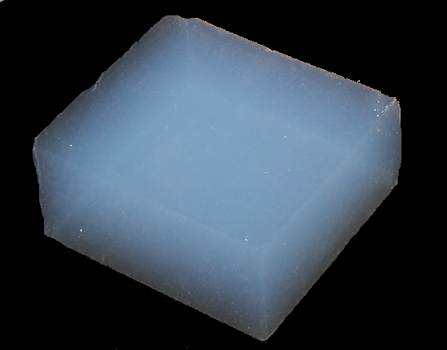